Intramural, literally meaning ‘within the walls’, is a dance film created by Elise Nuding and Samantha McCormick that explores the ambiguities of place and self. It is a re-imagining of the site-specific performance here: ravelled/unravelled, offering another vision of the world within that work whilst taking on an identity of its own as a dance film.

Walls surround, delineate, and divide spaces, but they also connect them. In Intramural, located between walls, boundaries between one place and another become less clear, raising questions about the relationship between inner and outer worlds. Here, through the unique medium of film, new possibilities for identities of place and self as they have been, are, might have been, or could still be begin to emerge, guided into being by body, memory, and imagination.

A trailer for Intramural can be seen here. 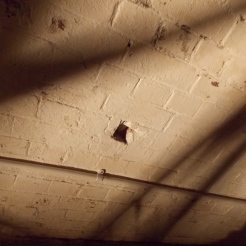