Time. This was a key element in Lustrum, perhaps the key element. Making a piece a day and starting from nothing* meant that time was tight. Gary and Eleanor (especially Eleanor) kept time ferociously, clock-watching and giving us a count-down as the day went on: ‘two hours left’, ‘one hour’, ‘forty minutes- do we have a piece?!’, ‘fifteen minutes’, ‘five minutes left- make a decision!’

The lack of time was exactly the point, or rather, the perceived lack of time. We did, of course, have time, but most of us would never think it possible to make a piece with a clear choreographic idea, structure, costumes, and music in six hours. These were the assumptions that Gary was seeking to challenge, and Lustrum pushed us to explore what was possible in an unusually short amount of time. But it could be said that, more than just imposing a time limit, Lustrum actually forced us to work with time differently, to change our assumptions about time and its relation to our actions, to not think about the time and to just keep doing, but also to be very conscious of the time, to clock-watch, in order not to get lost in long winding alleyways of discussion, over-thinking, and crafting and recrafting and recrafting and recrafting and recrafting…

There are many other elements at play in Lustrum as well – the collaboration between fifteen individuals (no small task, I assure you), instinct and action, the choreographers taking full responsibility for the creation process (hence the choice of ‘performer-as-vessel’ model, where the performers are not allowed to make suggestions or contribute creatively). But in some ways Lustrum can be seen primarily as an exercise in usurping and remaking time, or rather usurping and remaking our experience and navigation of time. That week I was in Lustrum-time: a time where my experience of six hours was recalibrated, my body time and my mind time both experienced a shifting of rhythms, and where crazy things happened both in startling quick succession and over the long arc of the week- a week whose duration felt entirely unlike the duration of any other week I can remember.

Lustrum as an exercise in refiguring time. It is perhaps not a surprise that I am looking at Lustrum from this angle; my research question for my MA dissertation is all about the potential for performance (specifically site-specific performance) for revealing and actively engaging in a non-linear, multi-temporal experience of place. Lustrum exists for entirely different reasons and came from an entirely different place, and it is also an experience that cannot be reduced to one framework or viewed from one angle without over-simplifying what happened (for another angle on the Lustrum experience, take a look at these reflections written by a fellow Lustrummer). That said, it is always nice to tie the threads of my different experiences together, and I like that fact that my MA research has given me another insight into Lustrum. But Lustrum in still in the lead on this front; it has given me many more than just one insight into my existing research practices. 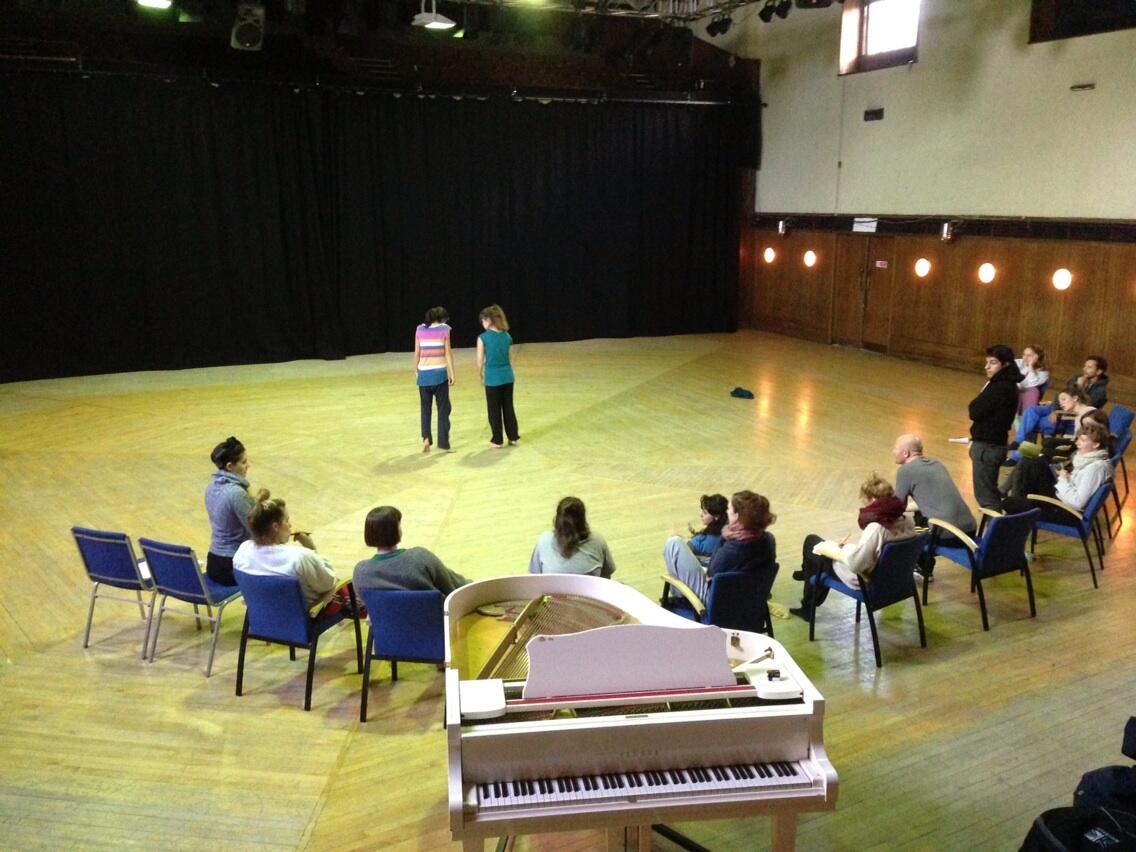 *There have been some interesting responses to this assertion, but to clarify, when we say we started with nothing, we mean that we walked into the studio each day with no plans for what the work would be about, how it would be structured, who would be performing, or exactly how we would go about making it. We then, of course, had to start somewhere, as does everyone.