Sam and I are pleased to announce that Intramural will be screened at The Doodle Bar on 8th July at 6:30pm.

We have already shown the film at Footprint Dance Festival, and will be travelling to Stockholm in August 2014 to present it at Stoff, the Stockholm Fringe Festival. To help us cover the costs of getting to Stockholm, we are asking for a suggested donation of £3 to attend the screening. However, please note that this really is suggested, and we would much rather see your faces than your money.

The Doodle Bar is a fun, quirky bar, which will be open as usual that evening. So come join us for a drink or two, a short film*, and a catch-up! 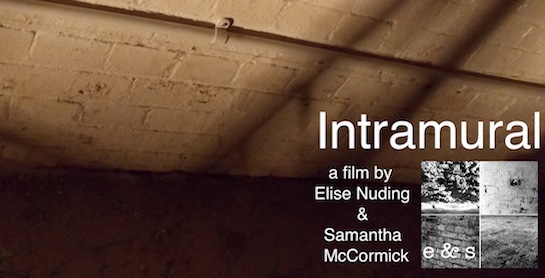